I started woodworking around 2009 almost by coincidence after we transformed a cow stable into a machine hangar, this left us with a mountain of pine beams from the 512 m2 floor we took out (about 5500 sqft) . I started trying to make all sorts of stuff with all that wood, and soon bought my very first wood working machine, an old Kity 616 combination machine that I found on ebay for about €600, it had a central 220v motor that you would connect to the table saw, jointer/planer or spindle moulder with a belt. Up to then I had never really worked with stationary woodworking machines, this opened a whole new world of possibilities for me but I had to learn everything from scratch using books and videos. 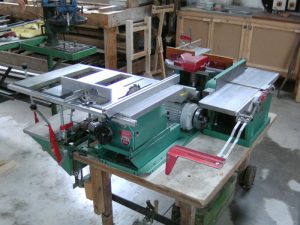 By then my workshop was just an improvised corner in the hanger where we stored our farming machinery, it was not insulated and open to all winds. As I was working on the farm most of the time, there was really only time for woodworking during the winter. The first winter I recall working in sub zero temperatures with my wood glue on an electric stove to keep it from freezing… 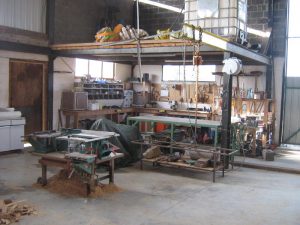 The second year I started looking for heavier equipment, that’s when I bought a used set of separate “Kimac” saw/shaper and jointer/planer machines on 380V for about €1700. For me this was a giant leap forward in terms of capacity. It had been bought for a woodworking student by his parents, but he hardly ever used it, the plastic protection film was still present on some parts. 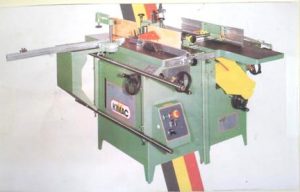 Soon it also became clear that I couldn’t do much proper woodworking without being able to control the temperature and humidity, so I closed off the shop corner where I did assembly work with framed insulated walls, article here. 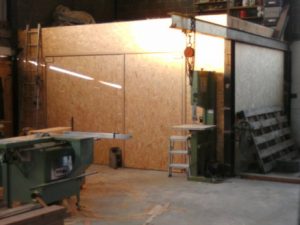 This was paradise for me, I could work in a comfortable environment all year around in a clean, bright and well lit shop. 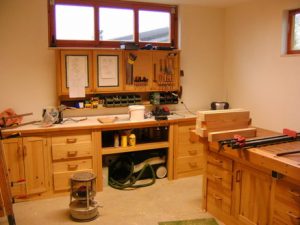 Around 2011 I was following an evening school course in woodworking to obtain a recognized degree, that’s also when it became clear I had to upgrade to higher level machines, especially in a table saw that could handle panels, if I wanted to become a professional woodworker.

So with the help of my parents, who wanted to support me, I bought a Robland  NXTZ panel saw with shaper and 2500mm sliding table, and a 300mm NXSD jointer/planer. Having a panel saw was a major change, up to then I had all my panels cut at the lumber yard, precision was very approximative. This allowed me to cut everything myself. 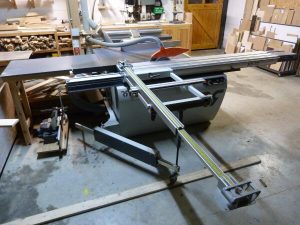 people often ask me what I think of these and why I changed, basically they are extremely good quality for the price, I worked professionally with them for 2 years and could do anything I wanted. You can see these in my first youtube videos on my channel. There is nothing really bad to say about them, besides maybe a few plastic knobs here and there that were fragile. 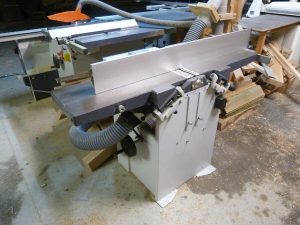 A year later I invested in a separate Hammer F3 shaper, and installed a power feeder. Up to then my shaper was combined into the panel saw which required you to mount and dismount the cutters and fence (which was very heavy). Working like that requires a good organisation, you have to be sure all your parts are cut before doing the shaping, and sometimes you ruin a part during the shaping and have to take down the whole system and lose the settings… That’s why I invested in a separate shaper, the power feeder also allows for much more consistent and accurate cuts as the feeding is regular, while when using you hands to push through, your pressure and speed isn’t linear and this shows on the work piece. 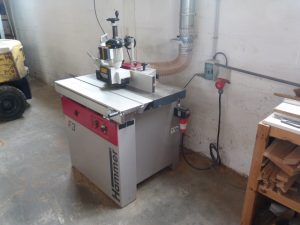 I had always dreamed of working with Felder machines, but they had always been way out of my reach. I couldn’t even afford Hammer when I started because I was afraid of investing too much before even making a profit. And I thought it would have taken me decades, but as most people who start their business, I worked 7 days a week, 12 hours a day, all while living with my parents with no vacations or expenses. So at the end of the second year I realized I was going to end the year with too much profit. This can be deadly for a business here because you can end up paying more taxes than you made profit (and I have any way, but I survived)

That’s when I made the choice to order the machines of my dreams, a Felder K700s panel saw, AD741 jointer/planer and RL160 dust collector. 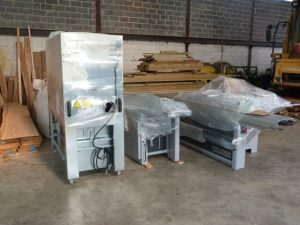 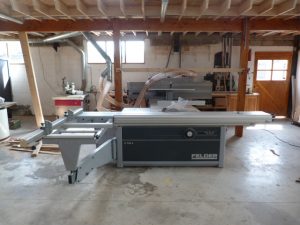 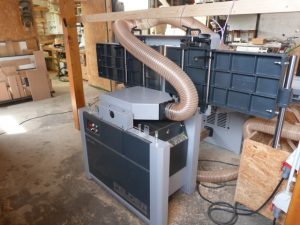 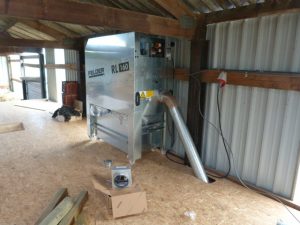 The next year I invested in an Aigner safety fence for the shaper, this fence costs over €1000 but it’s a major improvement in safety and practicality. Because you can create a continuous fence around the cutter, this prevents the work piece from being pulled into the fence. But when it arrived I found out that this was not compatible with the Hammer F3 despite the salesman telling me it was. After leaving this piece of wonderful equipment in it’s box for months I resorted to ordering a Felder F700z shaper to replace the Hammer, otherwise I think I would have kept the Hammer. This Felder however has an electronic height adjustment which makes working with it incredibly precise, without this you have to make numerous test cuts and measures, I couldn’t do without any more. 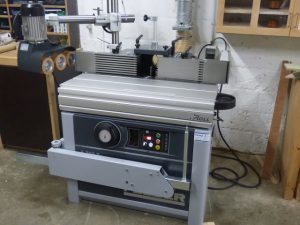 This was basically the last work shop change before I started building a completely closed off work shop on the other end of the hangar, which is my current work shop. My previous 4x5m assembly room (13x16ft) was simply too small and often cramped with furniture. Usually when a piece of furniture was finished I had to transport it to my parent’s living room 2 km away and store them there. In the hangar the finish would be ruined by the humidity.

Below is my old work shop assembly room on a normal work day, the free concrete floor in the middle is literally the only free space I had. 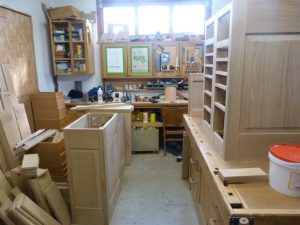 This couldn’t go on forever and I had plans of building an assembly room twice as big. But this would have been another imperfect solution as my stationary machines were still “outside” and I had to work on them in temperatures ranging between -15C in the winter and +40 in the summer (5-105F) And the cast iron tables of my brand new machines were starting to rust. That’s when I made the decision in 2014 to solve all my problems for good and build a large closed workshop where I could work in decent conditions all year around on a flat floor with enough room and protect my machines from humidity. And in the spring of 2015 I started building my new workshop and finished it in the late summer. I have since not had any more plans to change everything again 😉 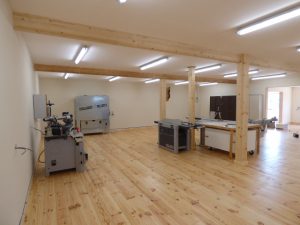 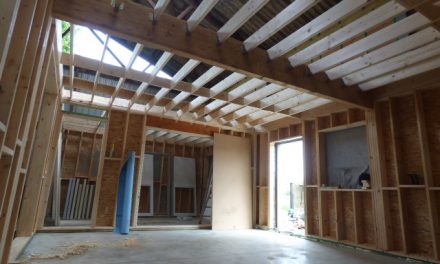 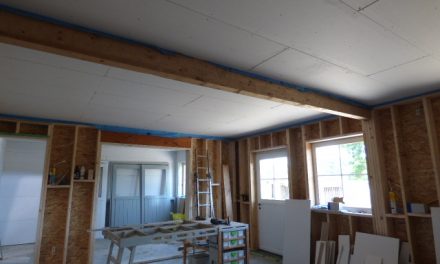 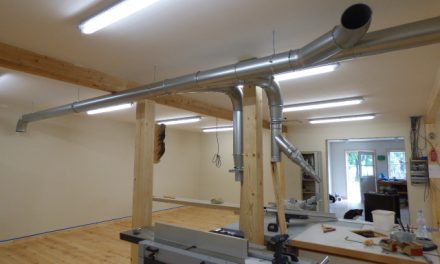